Today we are announcing that the second release from Uncommon Restoration is Masai Bey’s classic hidden gem, Paper Mache. Originally released by Definitive Jux, the new 45RPM 7” features EL-P production on both the A & B side. The Beginning, recorded with BMS and Vast Aire, is also featured on this 45. The vinyl is now available for pre-order at both our online shop and at our bandcamp and will be officially released on June 18th.

The full single (in 20th Anniversary form) will be available digitally for the first time from Uncommon Records on June 18th as well. This single includes the instrumentals to both tracks above, a Masai Bey produced track called Non-Stop and a Live version of Non-Stop from S.O.B.s in 2002. It has been re-mastered for it’s digital release. The digital dl of this can also be pre-ordered at our  bandcamp. 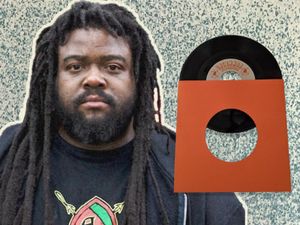 Uncommon Records Vinyl Is Now Available In Europe On HHV

Great news for our European fans and supporters, Uncommon Records vinyl is now available at HHV! Pre orders are available now and orders will be shipping, March 26th. 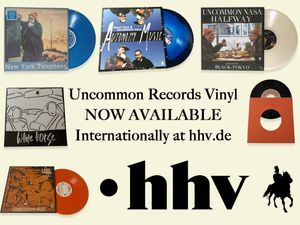 Uncommon Nasa and Short Fuze have begun Uncommon Restoration, a full fledged imprint label of Uncommon Records focusing on 45 RPM 7 Inch Releases. They break down the formation and philosophy of the label in this video and, why they chose Tracy Jones as the first artist to launch the new label.

Uncommon Records has now begun a 45 RPM imprint label called Uncommon Restoration. Headed by Uncommon Nasa and Short Fuze, the labels goal is to dig in the back crates of Uncommon Records (and beyond) to deliver forgotten masterpieces on a new and incredible format. There was no better place to start then Tracy Jones’ seminal Humancloud Abandonment project. Originally released on Uncommon Records in 2008, in 2021 it returns. It’s now been re-mastered including instrumentals and a new Uncommon Nasa Remix of the title track - re-introduced digitally through all streaming services including Spotify on January 22nd.

Uncommon Restoration steps in with a limited edition 45RPM 7” single (now available for pre-order) featuring two tracks from the release, d.d.b. b/w the title track of the album, Humancloud Abandonment. At Uncommon Restoration, we believe in second chances and will be granting them to many songs and many artists as we grow this imprint over time. We’re honored to take on this role in this art form and doubly honored to have Tracy Jones to kick this off. Pre-Orders will land at your doorstep on February 12th, only 100 pieces were pressed and slid into crispy orange sleeves.