Uncommon Nasa recently returned with his new album, City As School, released on October 31st. It is produced entirely by, Kount Fif and features a host of fantastic cameos. Short Fuze joins Gajah, The Last Sons, Shortrock and Uncommon Nasa for the posse cut, Origin Stories. The album was released via Man Bites Dog and is available on CD, Cassette and all download/streaming services. You can purchase the album by clicking the image below. 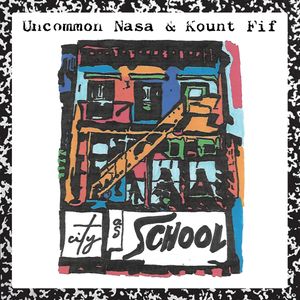