Guillotine Crowns & SKECH185 released a song called, Killer this week. It highlights their experiences, anger and frustration with Police Brutality. The song is available on the Uncommon Records Bandcamp. 100% of the proceeds will be donated to the National Police Accountability Project. You can read the statement from Uncommon Records below:

This track was recorded and planned for the upcoming Guillotine Crowns (Short Fuze & Uncommon Nasa) LP, "Hills to Die On", but in light of recent terrifying events we thought it would be more relevant and could do some good if we released it now. It features our good friend, SKECH185.

100% of the proceeds from this single will be donated to The National Police Accountability Project (NPAP), from their site:

"National Police Accountability Project (NPAP) is a project of the National Lawyers Guild, which was founded in 1937 as the first racially integrated national bar association. In 1999, NPAP was created as a non-profit to protect the human and civil rights of individuals in their encounters with law enforcement and detention facility personnel. The central mission of NPAP is to promote the accountability of law enforcement officers and their employers for violations of the Constitution and the laws of the United States." You can donate and download the song by clicking the image. 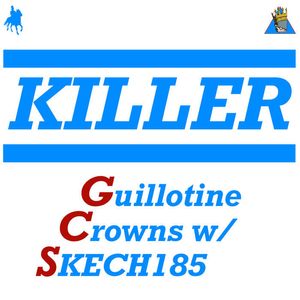